🔥 Save Time & Money When You Can Shop Survival God From The Comfort Of Home!

Questions? Request an Email Back

Electric pump with on/off switch.
Powerful water flow with adjustable pressure knob.
Compact and portable, easy to carry, simple to use.
For use with a 12V vehicle power socket or any portable 12V power source.
Supplied with suction cup or hook for hanging, shower head bracket & handy waterproof storage bag.
Suitable for self driving outdoor camping shower, temporary bathing after bathing, car washing, watering flowers and so on.

1. After use, remove the excess water and dry it for storage
2. Do not lift the shower head too high before use, it will affect the effect of the water
3. Do not put the pump directly into river water or sea water for use, it will be prone to failure
4. Turn off the switch in time when the water level has not touched the pump during use
5. After adding enough water, use it to prevent the motor from idling and overheating.

1. Keep away from fire when using.
2. Never use hot water, gasoline or gas.
3. The pump can not be directly placed in sea water, pool, river use.
4. The water temperature should not exceed 40℃, please drain after using.
5. During the trial period, the pump can not leave the water surface. If leave, must turn off the power,then restart.
6. After using, the water remaining in the water pump and the pipe must be removed. 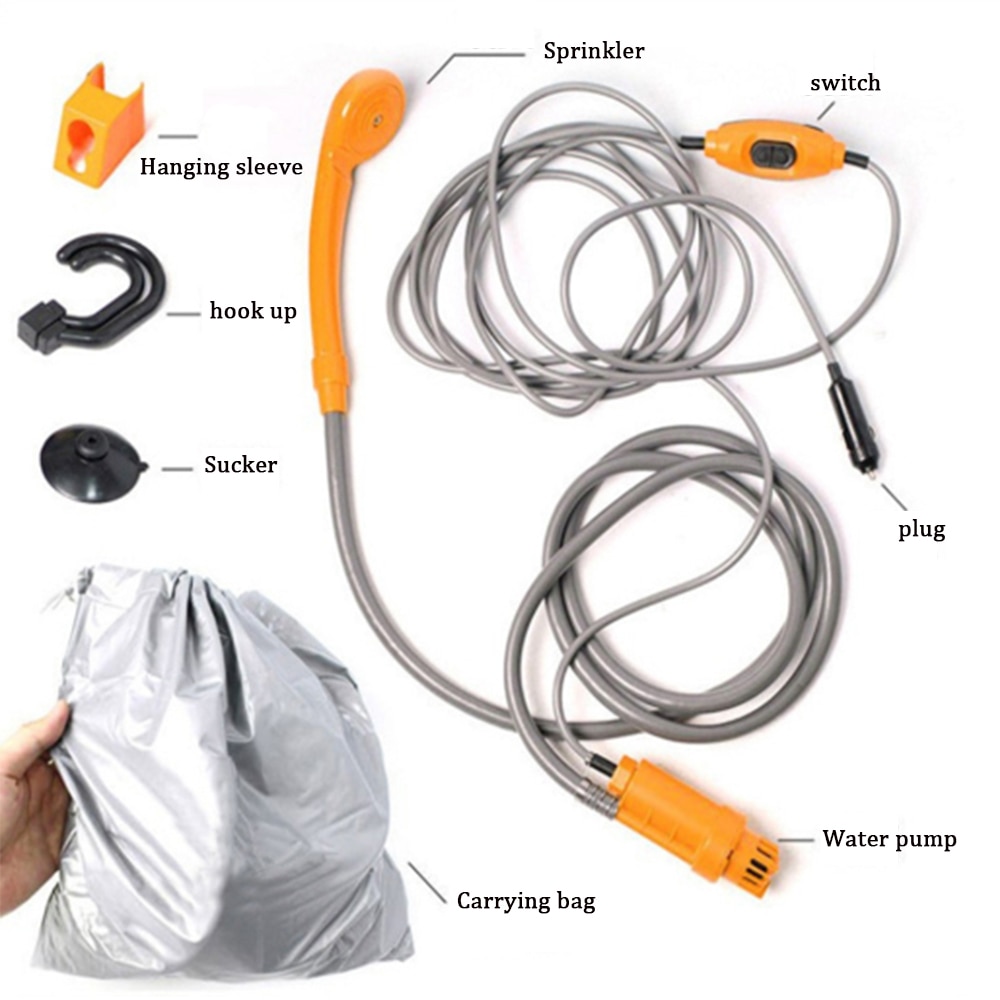 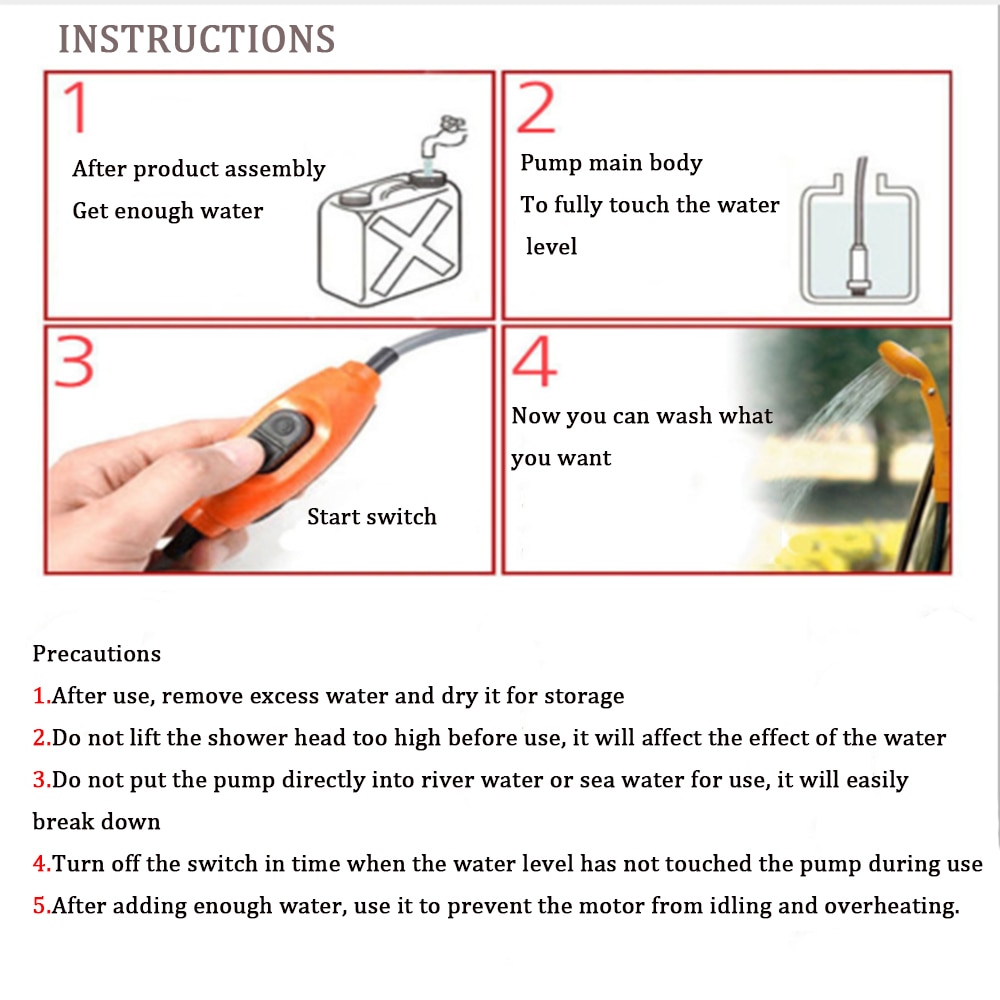 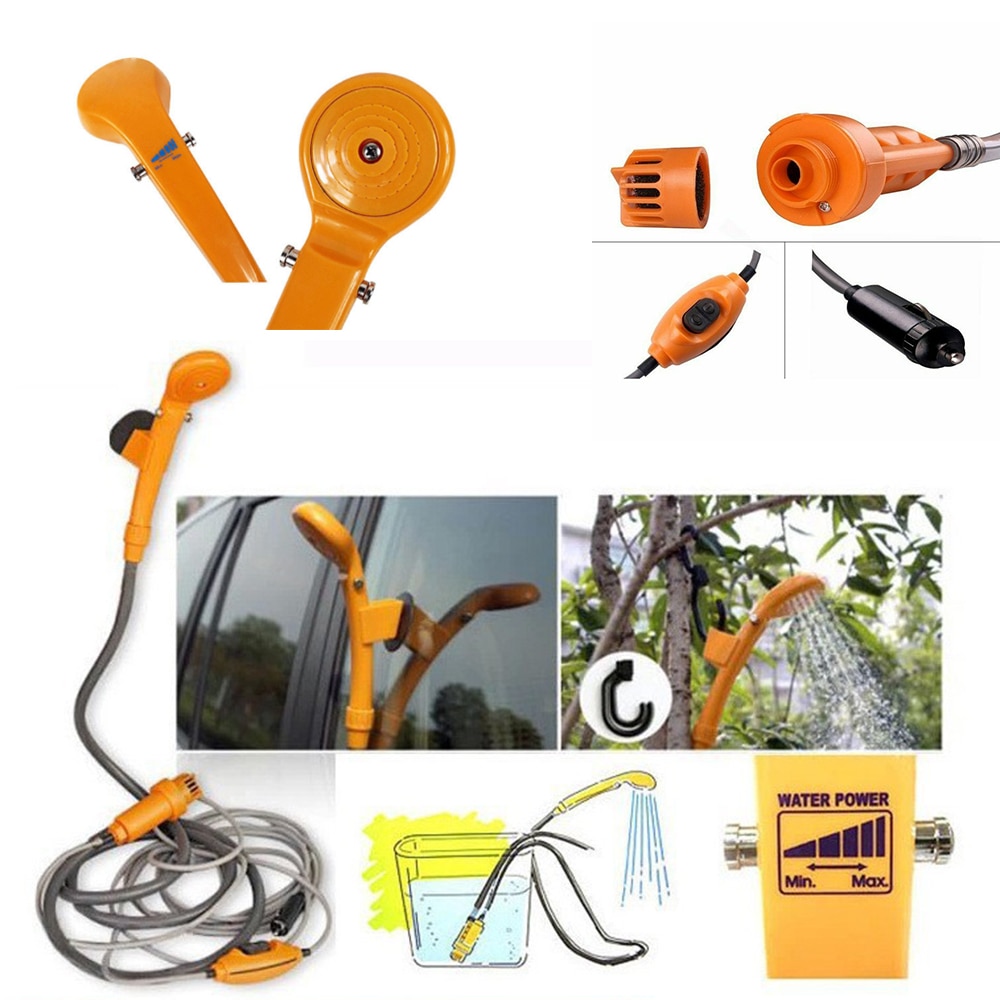 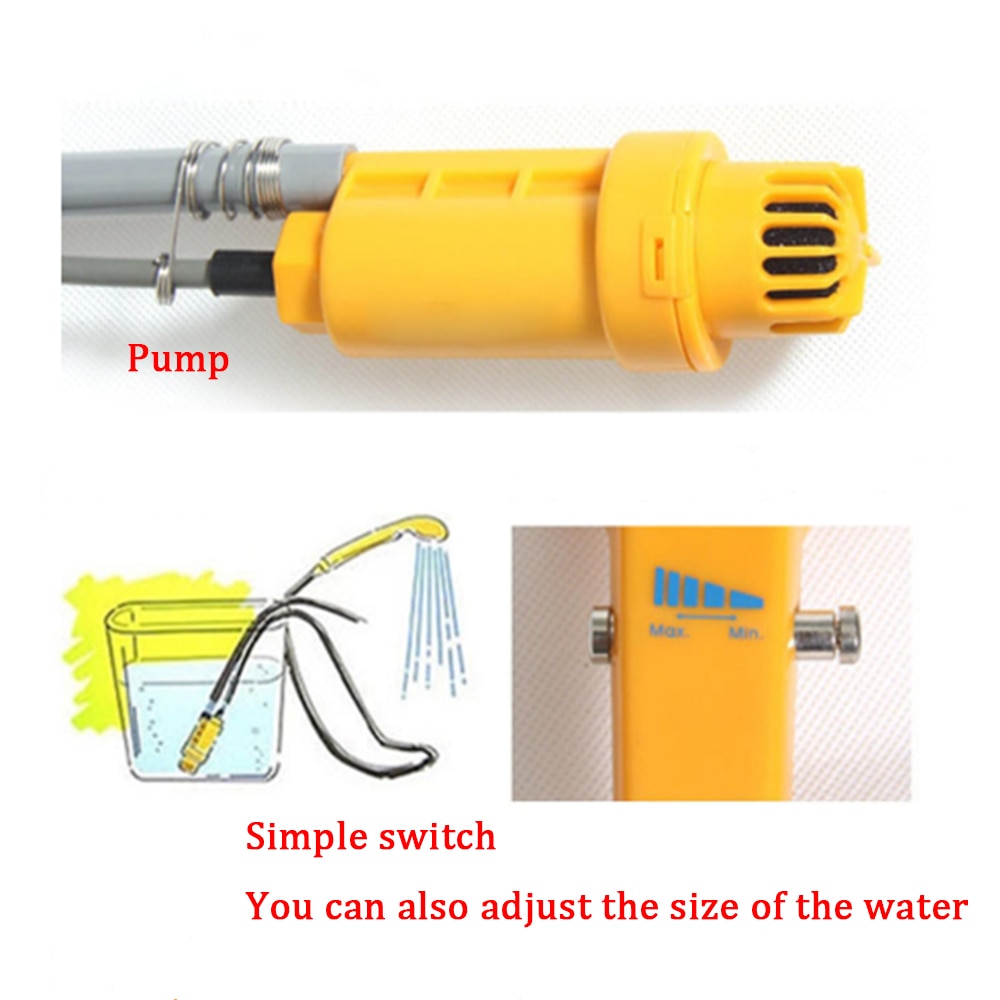 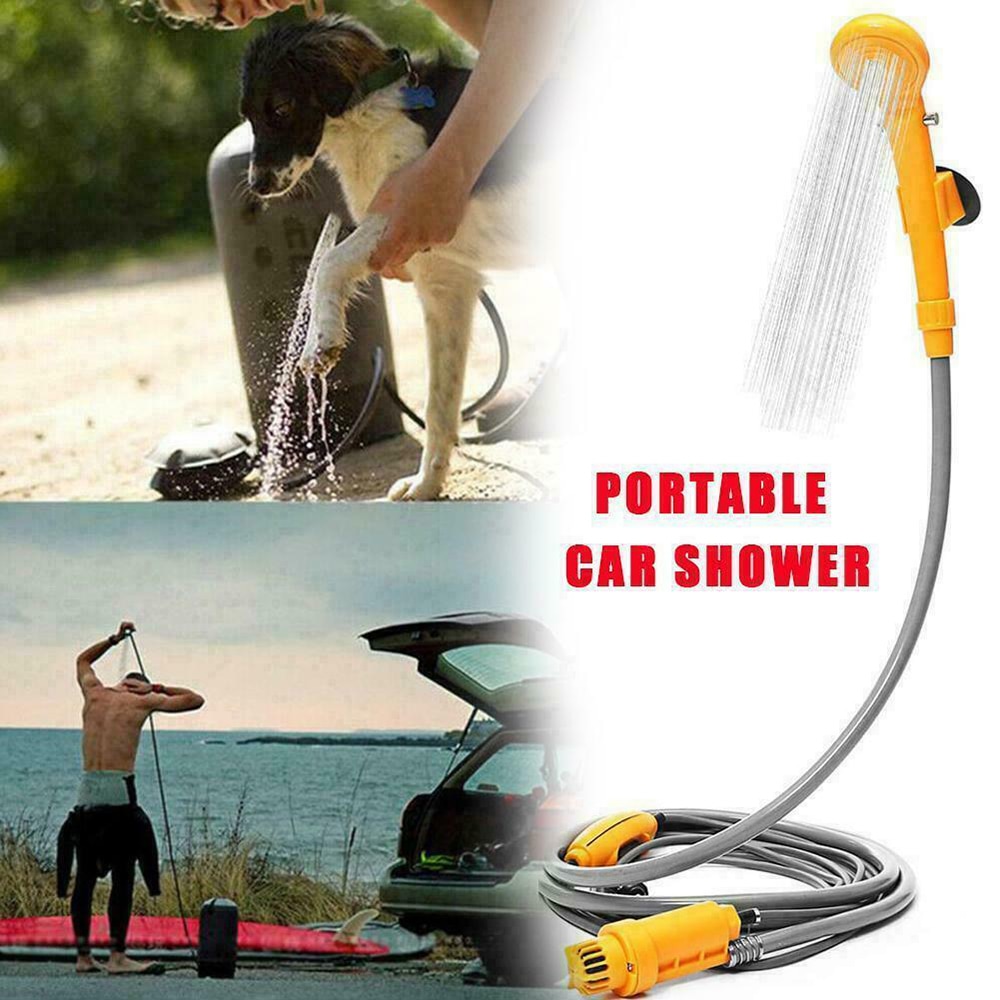 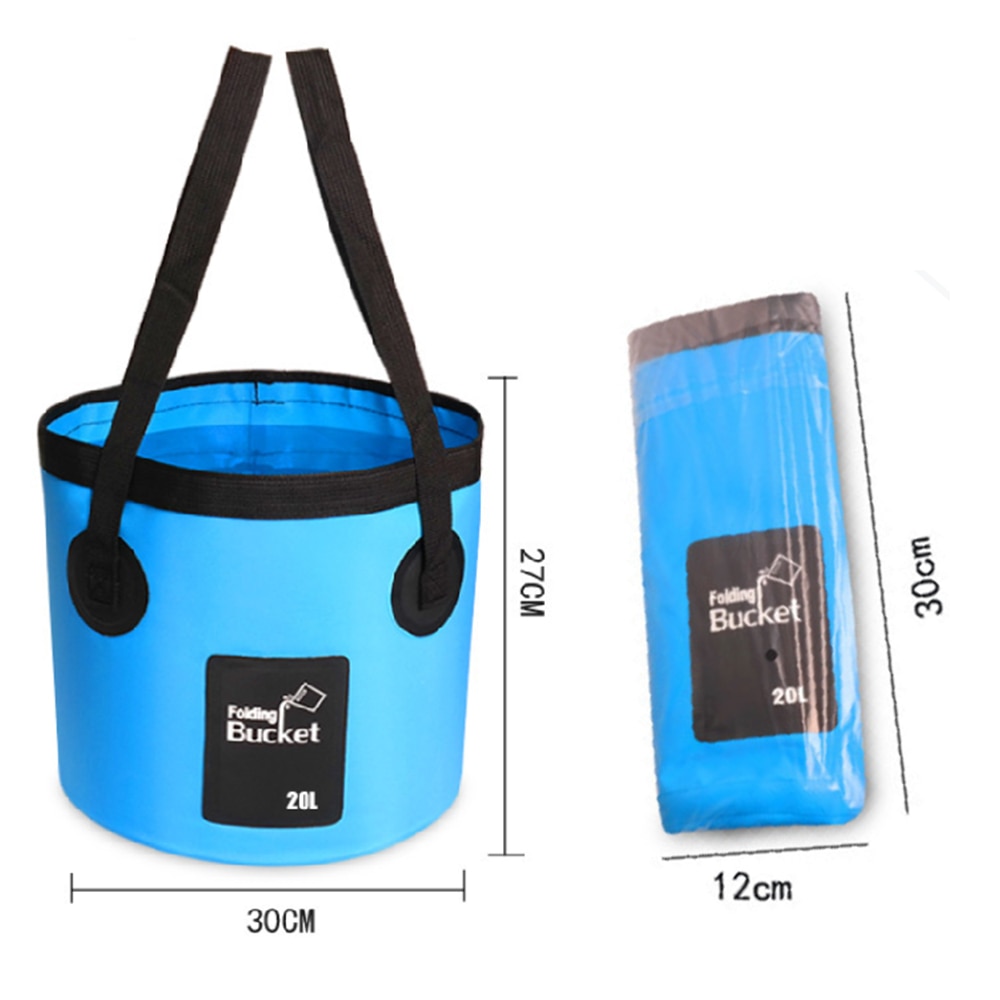